The history of Oakhurst and the background of its developer, John P. King, are interesting enough in and of themselves.  King was a well-known civic leader in Fort Worth in the early twentieth century.  He was a “go to” leader before even Amon Carter arrived on the Fort Worth scene.

Less well-known is the story of John P. King’s third son, artist Clinton King, and his first wife, British born Lady Duff Twysden.  It’s a story which gives us a snapshot of what was happening in Europe in the 1920s at exactly the same time John. P. King was developing Oakhurst.

Clinton Blair King, born in 1901 to Lorena and John P. King in Fort Worth, was an artist usually associated with the regional art of Texas and New Mexico from 1924 to 1940.  After 1940 and into the 1960s, he often exhibited his work in Chicago, New York City and Paris.

Mary Duff Stirling, Lady Twysden, was born a British socialite in 1892 to Charlotte and Baynes Wright Smurthwaite.  Twice married by the time she was 25, Lady Duff “spent the winter and spring of 1925 gallivanting around Paris...attracting attention....  She became known for her style of loose sweaters and short hair.”  During this time she met a lot of members of the “Lost Generation” including Ernest Hemingway and his first wife, Hadley.
﻿﻿
In the summer of 1925, Hemingway invited a group of friends, including Lady Duff, to join him and his wife on their annual trip to Pamplona, Spain for the Fiesta of San Fermin to see the bull fights.  After the festival, Lady Duff and friends went back to Paris; Hemingway stayed in Spain and started work on his first novel, The Sun Also Rises.  He modeled the novel’s heroine, Brett Ashley, on Lady Duff Twysden.

Maggie Van Ostrand wrote, “The qualities of Lady Brett that are the most admirable—her easy camaraderie with men, her willingness to take risks, her devil-may-care attitude (all of which were traits of Lady Duff), and that she doesn’t flinch at the carnage in the bullring, symbolize the new woman of the Twenties: the Flapper.”  Hemingway finished the book in 8 weeks and it became his first success. 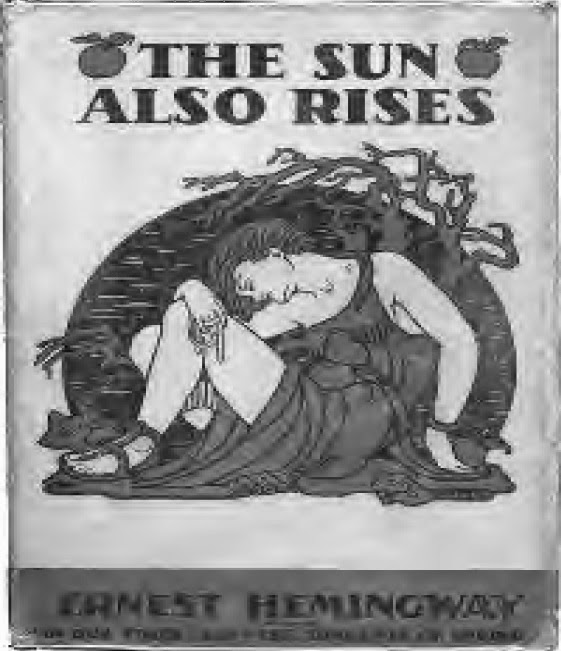 It was in Paris that Lady Duff met Clinton King, nine years younger than she and already a promising artist.  He, too, had befriended Hemingway, F. Scott Fitzgerald, and Picasso.  They were secretly married in Bloomsbury, England in August 1928, a story reported in The New York Times.  Clinton and Duff lived in New York and New Mexico and had a home on the shores of Lake Chapala in Mexico.  Clinton King once recalled, “We lived a different life from the rather senseless Montparnasse days.  I worked all day at painting while she drew her amusing sketches in watercolor, or posed for me, or read a great deal.”

“. . . Clinton’s allowance from his family had been cut off when he married her and his resources were nearly exhausted,” Van Ostrand wrote.  “They were reduced to living on small checks that occasionally arrived from Duff’s relatives in England and the rare sale of one of King’s paintings.”  Lady Duff died in 1938 of tuberculosis in Santa Fe, New Mexico.  Clinton later married Narcissa Swift, heiress of the Swift packing fortune.  They were introduced by their mutual friend, the great American artist, Georgia O’Keefe.

While John P. King was developing the Oakhurst neighborhood in the early 1920s in Fort Worth, his son and his wife were part of one of the most famous chapters in literary history, that of the “Lost Generation” writers in Europe.  It’s not even six degrees of separation in this fascinating tale.

This story, authored by Libby Willis, originally appeared in the January 2014 edition of the Oak Leaflet.