For more info, visit the group's website.
No comments:

A brief history of our local high school, as taken from this month's Oak Leaflet:

September 15, 1936 Riverside High School opens its doors to senior high and junior high students. The school mascot, the Eagle, is chosen to honor the Eagle family who were influential in Riverside education for many years—from Dr. Daniel Eagle, who built the first one-room Riverside school in 1876, to his grandson George Eagle, school board member who led the crusade to build a high school in Riverside.

January 28, 1937 Sixteen mid-term graduates receive the first diplomas from Riverside High School. Did you know that the academic level only went to the eleventh grade back in those days?

February 1941 The school board changes the name of the school to Amon Carter-Riverside High School in honor of the Fort Worth civic leader. Students and community members protest at first, but the change is eventually accepted.

1948 The school holds its first Homecoming; the Ex-Student's Association is organized.

1951 Spring commencement exercises include the Star-Telegram Publisher Mr. Amon G. Carter Sr., who is supposed to have received an honorary diploma. Mr. Carter never finished school, but he was instrumental in establishing Texas Tech University.

Mid-1950s The Band Hall and Shop Wing are built, as well as the Athletic Field House.

1959 Carter finishes second in the state 4A track meet and reaches the state semifinals in football.

1970 CRHS baseball makes it to the state semifinals.

1982 The auditorium painting Sacred Birds, a gift to Carter-Riverside from Amon G. Carter, is sold for over $50,000, and the proceeds are used to establish a scholarship fund.

1983 The school board announces plans to close Carter-Riverside, but the community rallies and unites to keep the school open. A historical marker is placed on the front lawn of the school.

1995 Carter-Riverside makes a return to the state playoffs in football.

Summer 1996 All 50's Reunion festivities draw over 700 former graduates back to the campus.

2001 The high school band increases to over 100 marching members, and the reinstituted ROTC program enrolls 130 students.

The Fort Worth Independent School District has begun an ambitious implementation of its "Gold Seal Programs of Choice" for high school students. The FWISD describes the program as "the power to choose courses of study based on personal interests and passions. It is the power to take ownership in the education experience. And it is the power that comes with being engaged in learning and excited about the future." Students and parents in Riverside are particularly interested in CRHS’s Gold Seal programs. These include:

Students admitted to the Eagle Scholars Academy are trained in college-ready skills and habits and may enroll in a variety of classes, including honors, Pre-AP, AP and dual credit classes that provide opportunities for a well-rounded education, equipping them to enter college after graduation. Students participate in school leadership and community service projects and are eligible for a distinguished achievement program diploma.

The Information Technology program at Carter-Riverside covers a wide range of topics to help students succeed based on their interests and goals in the area of networking, computer systems and telecommunication. Upon graduation, students are able to step into exciting careers or into college after receiving industry certifications in these areas. Course-work includes training in computer maintenance and computer networking for home, small business or corporate environments. Certifications from this program include:  A+ COMPUTER SERVICE TECHNICIAN, CISCO CERTIFIED ENTRY NETWORKING TECHNICIAN (CCENT), and CISCO CERTIFIED NETWORK ASSOCIATE (CCNA).

The Medical Academy is a college-prep program for students interested in science and math who want to prepare themselves for success in college. Freshmen and sophomore students take honors and Pre-AP courses with an emphasis in medical professions. As juniors and seniors, students take courses at TCC for dual credit. Students earn college credit in core subjects as well as courses in the medical field. Students can pursue a Distinguished Achievement Program diploma and receive special consideration to the various medical programs offered at TCC after graduation. Students are eligible for up to 27 hours of college credit. 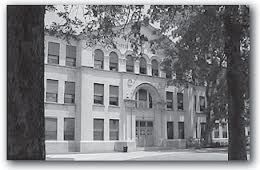 Besides its focus on academics, CRHS administrators, faculty and staff have been busy reinvigorating various other school programs over the last several years. The school once again has a functioning school newspaper. Interest and participation in the CRHS band has grown as has interest in the art program. Art teachers have joined with building owners on Race Street to create a gallery space for CRHS students where they can learn the business of running and maintaining such a gallery.

Before the Christmas break, the Star-Telegram wrote about the activities of the CRHS student body who responded to the shooting of teachers and elementary school children at Sandy Hook Elementary in Newtown, Connecticut. Yearbook and newspaper staff members organized the events including a candlelight vigil at the school in memory of the victims, sending cards and a banner signed by staff, faculty and students to Sandy Hook students, and donating stuffed animals to young patients at Cook Children’s Hospital in memory of the Sandy Hook victims. They also sent photographs of the CRHS vigil to parents and students in Newtown.

A little belated...but here's wishing the best to you and your families, from your neighbors and friends in the Oakhurst Neighborhood Association.  May your 2013 be a memorable, successful, and enjoyable one!
No comments: