From our neighbor Libby Willis: 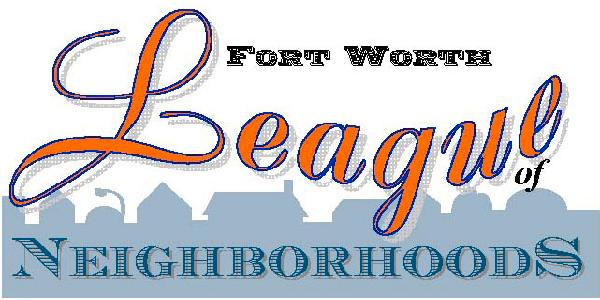 Please join us for the League's Fall General Membership Meeting!

The membership will hear an update on the City of Fort Worth proposed budget for 2013-'14, particularly as it relates to City services to neighborhoods. The 2014 proposed budget projects reductions in police, fire, and Code Compliance positions. This will be the 4th consecutive year that the League has analyzed and reviewed the proposed City budget for its membership. The next public hearing on the budget is Tuesday, September 10.

And come prepared to give a brief update on your neighborhood's news!