A quick reminder about a couple of upcoming December events: 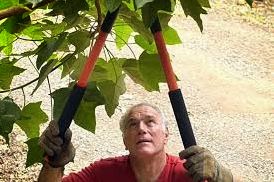 Visit this link for more details!

Bring your favorite tea cup and saucer and Christmas goodies to share with your neighbors!
No comments: 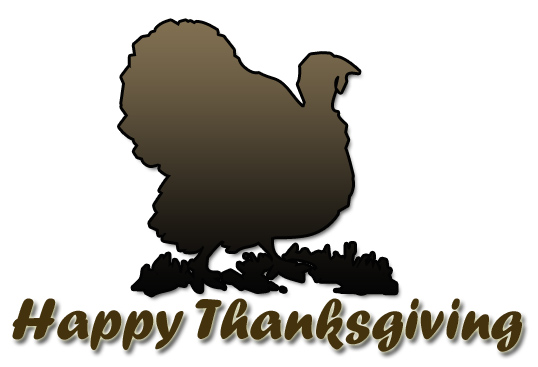 No Grease Down the Drain!

A reminder from Madelyn Gibbs at the FW City Manager's Office:

It’s that time of the year for yummy food! Please read the enclosed attachment asking all of us not to throw grease down the drain. Please recycle it!

As always, share with your neighbors, friends and family members.

Join us for our Thanksgiving social tomorrow night at Mamma Mia!

Take a look at the restaurant website to preview the menu:  http://www.mammamiabelknap.com/. 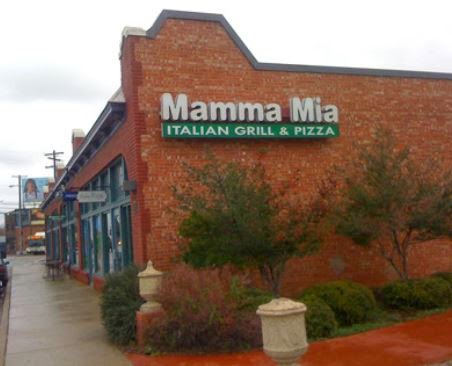 Fran Burns has extended this invite to all of our neighbors:

Our ONA Beautification Committee members have been interested in learning about how to properly prune trees and thought it would be beneficial to kill two birds with one stone (so to speak).  We have some trees on our common medians that definitely need pruning and have approached Melinda Adams, Fort Worth City Forester, for assistance.  She has agreed to meet us for a "How to" session.

On Saturday, December 6 at 9am, we will meet at the West Lotus cul-de-sac.  We would like to invite committee members, Garden Club members, and anyone else that may be interested to join us and benefit from the same information.

Please mark your calendars and join us if you can! 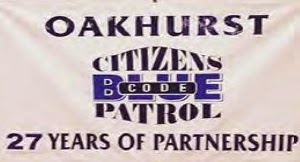 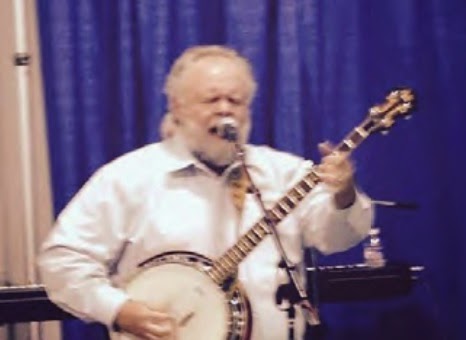 If I have forgotten anyone, it’s not intentional (it’s just old age). Oakhurst people are the BEST. Thank you all for your donations of food and money...but especially, thank you Fort Worth Police, Firefighters and EMT’s for giving us the chance to serve you. It’s a privilege.
No comments:

Check out this month's issue of The Oak Leaflet online!  This issue includes a great recap of our Police & Firefighter Appreciation Dinner, stats and info on our ONA website, our Yard of the Month, Kathryn's President's Column, and more. 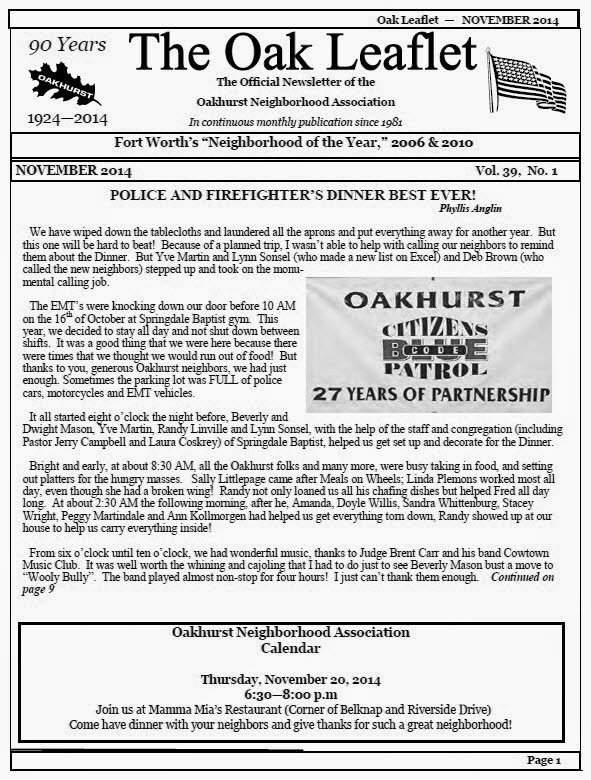 Visit our Newsletter Archive to view or download your copy.
No comments:

Please note that our regularly-scheduled meeting has been postponed one week from tomorrow (Thursday, 11/13) to next Thursday, November 20, from 6:30-8pm at Mamma Mia's restaurant.  This will be our Thanksgiving social, so everyone is welcome to come at 6:30 for dinner instead of bringing a dish!